The Federation of Independent Practitioner Organisations (FIPO) is a medical organisation representing the majority of the medical professional's organisations in Britain that have private practice committees.

FIPO was formed in 2000 to provide an overarching body for the many specialist and other medical committees acting on behalf of the profession in the independent sector. FIPO will thus provide guidance, policies and co-ordination to these medical organisations. FIPO seeks to work constructively with all independent hospital providers and the private medical insurance industry and hopefully together to advance the cause of independent healthcare.

In light of FIPO’s new constitutional structure, Mr. Richard Packard, Chairman of FIPO, would like to welcome the new Executive Board of Directors:

Executive Board of Directors 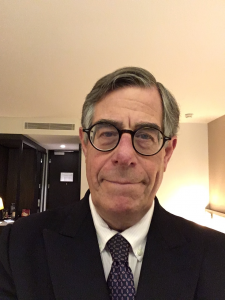 Richard Packard is a senior consultant at Arnott Eye Associates in London. He was consultant surgeon at the Prince Charles Eye Unit in Windsor from 1982-2016. He has been in private practice since 1981 in London and Berkshire.

Prior to this, Richard was:

Chris Khoo received his medical education at the University of Cambridge and St. Mary’s Hospital, London. He was consultant plastic surgeon for 25 years, initially at Stoke Mandeville Hospital, Aylesbury and after that at Wexham Park Hospital, Slough, with main interests in hand and breast surgery. He was then in purely independent practice for ten years and has been involved with many committees and groups:

Chris also found the time to teach on UK and European Instructional Courses and served as an Examiner for the Fellowship of the European Board of Plastic, Reconstructive and Aesthetic Surgery.

Outside plastic surgery, he serves as a Deputy Chairman of the Federation of Independent Provider Organisations, the overarching body which brings together specialist associations, and acts on behalf of the profession in supporting the delivery of the highest standards of patient care. He is a member of the Executive of the Hospital Consultants and Specialists Association, with an independent practice brief.

Chris was High Sheriff of the Royal County of Berkshire in 2014/5 and continues as a Deputy to the Lord Lieutenant of Berkshire. He is a member of the Livery Committee, and for ten years he has organised the International Travelling Club of the Worshipful Society of Apothecaries. Naomi and Chris Khoo have four children, who are all doctors, with three medical partners (and one solitary lawyer!) and so are fully committed to the best future for medical practice. They are patrons of Dingley’s Promise, a Berkshire charity which supports under-5s with disabilities and special needs.

Ian has had extensive experience in representing his colleagues and his profession: